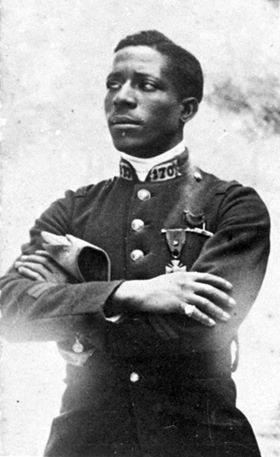 Eugene Bullard was a member of the 269 pilot strong Lafayette Flying Corps, those American pilots who flew under French command from early 1916 until February 1918, and who are commemorated at the Lafayette Escadrille Memorial. Bullard was known to all by his moniker “The Black Swallow of Death”.

French film maker Claude Ribbe made an 52 minute documentary about Bullard last year: http://www.ortheal.com/eugene-bullard-tv-documentary/ , based on his book about Bullard.